BTO At Keppel Club site to launch within 3 years

It was announced on Tue 12.4.2022 that the first project of BTO at Keppel Club site for about 6,000 public housing will be launched within 3 years. The Keppel Club site will be developed with 9,000 new public Build-to-Order (BTO) and private homes, as was previously announced at the National Day Rally in 2019.

Keppel golf club’s lease has expired on 31 Dec 2021 and the 48-hectare plot will be converted into housing.

With its proximity to the sea as well as to greenery, the Keppel Club site will offer residents a waterfront lifestyle close to nature.

The current golf course site at Bukit Chermin Road was extended until 30 June 2022 to cater time for it to transit to Slime public course, and the clubhouse and access continued until 14 October 2022.

The Singapore Land Authority (SLA) said that Keppel will also be granted a 5.5-month extension until Mar 31, 2023, in order to clear the site and reinstate the facility.

There are plans to keep the Keppel Club site car-lite as it is close to 2 mrt stations – Telok Blangah and Labrador Park mrt stations. Walking pathways linking to the mrt stations, new green parks and open spaces will ensure residents have easier access to nearby transportation and amenities.

Within the compound, greenery and landscaped terraces will be included on the skyscrapers to give residents an “ecologically friendly” experience.

The government has the intention to move homes closer to the jobs of residents. With the Keppel Club site close to the city centre, the goal is to provide more mixed-use and housing development options in our central region.

Nearby Pasir Panjang Power Station buildings will also be transformed into a distinctive and lively mixed-use district.

Buildings in the area will be carefully planned and there will be staggered buildings with landscaped greens to bring residents closer to nature.

As to whether the Keppel Club site will have Prime Location Public Housing (PLH) model is subjected to further considerations based on factors such as the project’s location and market value. Environmental studies need to be done to the site as it is close to coastal habitats with it being within the Greater Southern Waterfront area.

What is the Prime Location Public Housing (PLH) model?

The PLH model is applied to some HDB housing in prime central areas like in the city centre and city-fringe with high market values that will require substantial subsidies to maintain affordability.

Keppel Club site will have ten hectares of green space, equal to 18 football fields, set aside as parklands. 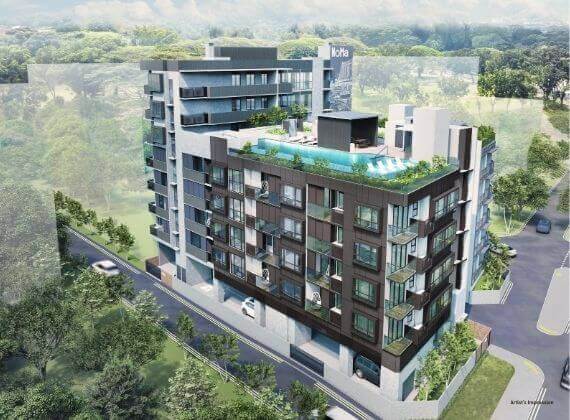