An extremely unique and exquisite combination of old charms and hippest joints, Holland Village today is Singapore’s pride! However, it is set to be transformed into yet another level of playing field, at a heightened paradigm; truly unmatched as the island prized Identity Node!

Today Holland Village, or affectionately known as Holland V, draws a myriad of crowd that literally cuts across the full spectrum of the city state’s social strata, day in day out. Pioneer residents who grew up here and who are now grandparents would flock to the wet market before the first sunshine kisses the windows of the beautiful flats…. These folks’ faces, exuding pride and confidence despite the passage of time scribbled on their entire body; pride of having the world to themselves at first light; pride of a community they call home that fetches one of the highest price tags in the island!

The afternoon sees an equal force of locals versus foreigners jostling for seats, in the nearby coffee shops as well as amongst the posh eateries, yonder.

The sun sets…Holland V takes on a different persona readying herself for yet another round of actions which the early folks gladly turn down. It’s Party Time!!!! Music fills the air; laughters compete for airtime; beers flowing freely, as the day welcomes the faraway stars….

Come the next day, the order remains stoically unchanged, in clockwork precision; earlier waves giving way to newer ones, passing the baton in perfectly coordinated smoothness!

Holland V’s landmark and ecosystem have certainly not gone unnoticed with the authority. A Holland V extension plan is in the pipeline where its Identity Node is to be extended and further enhanced with the arrival of a vibrant mixed development consisting of new commercial and new condo launch units that is set to propel Holland V into a truly great precinct to live, play and work!

This mixed development is designed with the intention of adding the already exciting retail and eatery moods with more joints, while at the same time providing the opportunity to live within this enclave.

Pedestrian-friendly walkways will be seamlessly fused into the surrounding side roads for a totally wholesome experience that is nothing but a phenomenal envy of many! Community space and interaction take us back to the good old days but with a sterling touch of finesse and sophistication!

And with the Holland V Circle Line right at the doorway, travelling to anywhere in the island is indeed a breeze, and stylish! The mere mentioning of Holland V is but a fashion statement, alluding to a lifestyle that is only a dream come true.

URA, the authority, is thus inviting renown developers to conjure up a dream… a dream that is to be turned into reality, peppered with extremely high quality residential homes alongside retailers that scream nothing but fun and success, befitting the Holland V Extension fairy tale!

The Holland Road site is within the Central Region of Singapore. Vision for the Holland Village Extension was set in the Master Plan 2014. It is the first site to go on sale as part of the makeover of Holland Village.

As of now, a new retail centre by Raffles Medical Group will be ready around March 2016. This 5-storey medical centre and shopping mall known as Raffles Holland V covers an estimated 49,000 square feet (sqft) of retail stores and F&B outlets, 19,000 sqft of medical facilities and 4,500 sqft of space leased by DBS bank.

There are plans to re-develop the current Holland Road Shopping Mall (fondly known as Windmill Building). Its owner Eng Tiong Realty has closed down the mall since Augues 2015. They intend to tear down and rebuild a new sparkling one in its place to keep up with the times and also to tie in with URA’s big vision of the future Holland Village Extension plans.

Keen parties will have to submit a concept plan and a bid price separately for this plump site. Bidders will be judged based on their concept plan first. Once selected, these choice few will go onto the next round. The developers of the shortlisted design proposals will have their tender price submission envelope opened to determine the highest offer.

The need to move this land parcel to H1 2015 reserve list is because the URA assessed the need to allow potential tenderers more time to study the site and tender evaluation requirements before setting a trigger for the sale. All concept proposals will be assessed according to URA’s planned perception to safeguard the unparalleled charm and character of Holland Village identity node (identity node means the charm and ambiance of a certain place).

The Holland Road land parcel comes with an estimated 2.3 hectare land size and a Gross Plot Ratio (GPR) of 2.6. This 2.3 hectare plot will be separated into 2 zones. Zone 1 will comprise an estimated 570 new residential units. Zone 2 will set aside for commercial and/or serviced apartment use with an estimated Gross Floor Area (GFA) of 13,500 m2 / 145,000 ft2 to be used for retail floor area. Buildings of various heights up to a maximum of 35 storeys can be planned for. 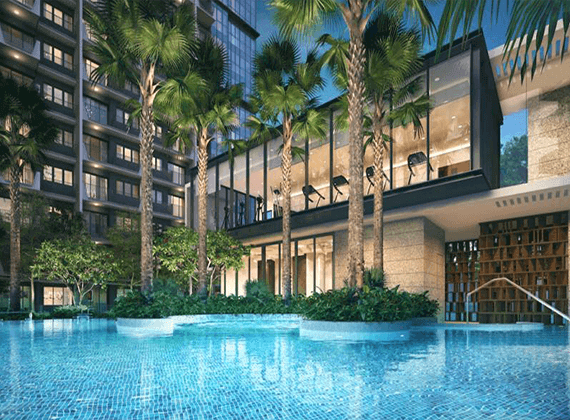 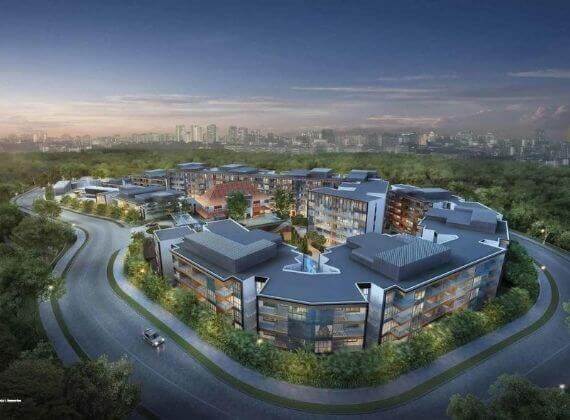 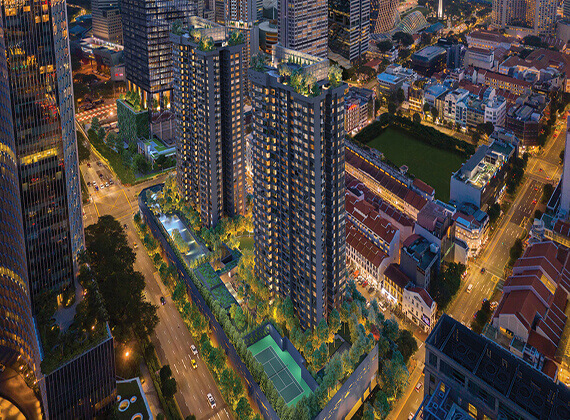