Principal Garden is a 99-year new condo Singapore launch situated in Prince Charles Crescent, right at the fringe of the stylish and busy renowned Singapore shopping street known as Orchard Road. Located in the popular District 3, Principal Garden comprises 663 residential apartments housed in 4 beautiful towers of 24 storeys each amidst lush and green landscapes. One can expect a good 8:2 ratio of verdant landscape planning and residential blocks respectively on a generously large land site measuring 24,964.3 m2 or 268,715.73 ft2. Whether you are a professional, couple or a family with kids, there is a range of sizes to suit everyone's needs and space requirements.

This new condo launch is expected to complete and enter the market in 2019/2020, approximately. Superbly-timed completion when the number of private residential units are expected to be at a low according to the Ministry of National Development (MND) January 2015 forecast on the supply of new residential units by expected year of completion.

UOL Venture Investments and Kheng Leong tendered for a piece of land, Parcel B at Prince Charles Crescent and emerged the top bidder amongst 7 bidders. The tender price for the plot of land of size 268,713 sqft is $463.1 million at $821 per sqft per plot ratio (psf ppr).

UOL Venture Investments and Kheng Leong’s conservative albeit highest bid offer for Parcel B is even lower than the neighbouring plot’s land price of $960.28 psf ppr bid in Sep 2012 by a good gap of 14.5%.

With a lower land price bid, UOL and Kheng Leong will have the flexibility to realistically price Principal Garden in order to sweeten the deal for buyers.

In the vicinity, there are new launches such as Alex Residences, Mon Jervois and The Crest.

Strategically located in a well-established residential enclave, Principal Garden is close to the heart of the city’s attractions and amenities. A whole host of shopping malls is at one’s disposal. Travelling along Tanglin Road brings one to the Tanglin Mall. This is the first of many shopping malls there as Tanglin Road connects to our famed Orchard Road shopping street. Alternatively, future residents can also take the opposite direction towards River Valley Road where there is Valley Point Shopping Center and Great World City to fix one’s retail therapy as well.

A short stroll across the Alexandra Road, an adjacent road to Princes Charles Crescent, brings one to the Redhill MRT station. In fact, the nearest mall is but an MRT ride away from the Redhill MRT station and that is the Tiong Bahru Plaza. It is a cozy mall which houses a multitude of shops selling beauty products, fashion and accompanying accessories, clinics, banks, spa, eateries and restaurants and the Golden Village multiplex cinema.

Like to have local cuisine? Worry not as the Redhill food centre and wet market is located in the vicinity too. Buy fresh produce to cook up a storm in the comfort of your home!

For the nature lovers who prefer to live amidst plants, the Botanic Gardens and Henderson Park are situated nearby for them to enjoy and admire the flora and fauna. Residents can also take a pleasant stroll or jog along Alexandra Canal Park sited just outside Principal Garden.

For families, who have children nearing the age when they should be sent to school, Principal Garden is the perfect place to be. There are three schools near this condo; Crescent Girl’s School, Gan Eng Seng School and Henderson Secondary School. 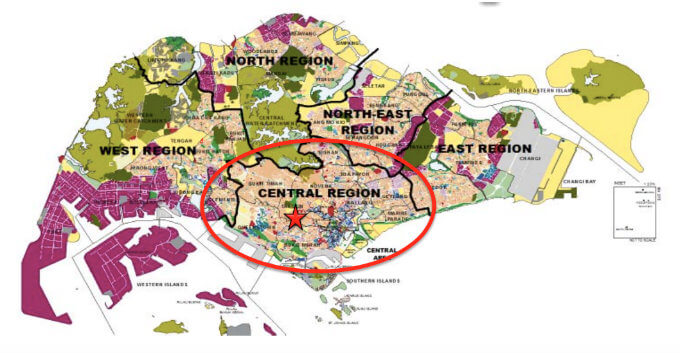 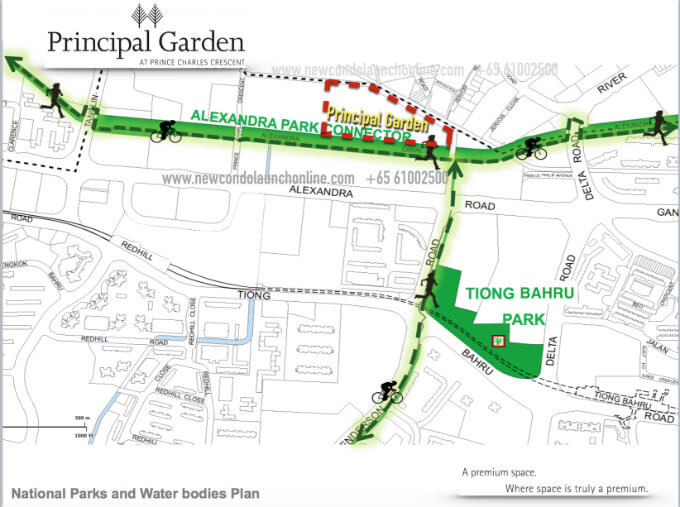 Register with us to be the first to receive Principal Garden site plan.

Overlooking the northern lush greens of the Singapore Botanic Gardens and the expansive and extensive unblocked landed Jervois Good Class Bungalows (GCB), be sure to own a unit or two at Principal Garden. Nature surrounds and fills its grounds too. Enjoy living in a natural beauty fringing the city in this made in Singapore condominium. 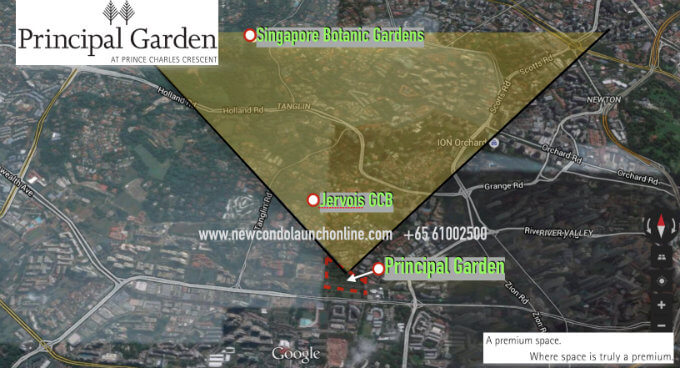 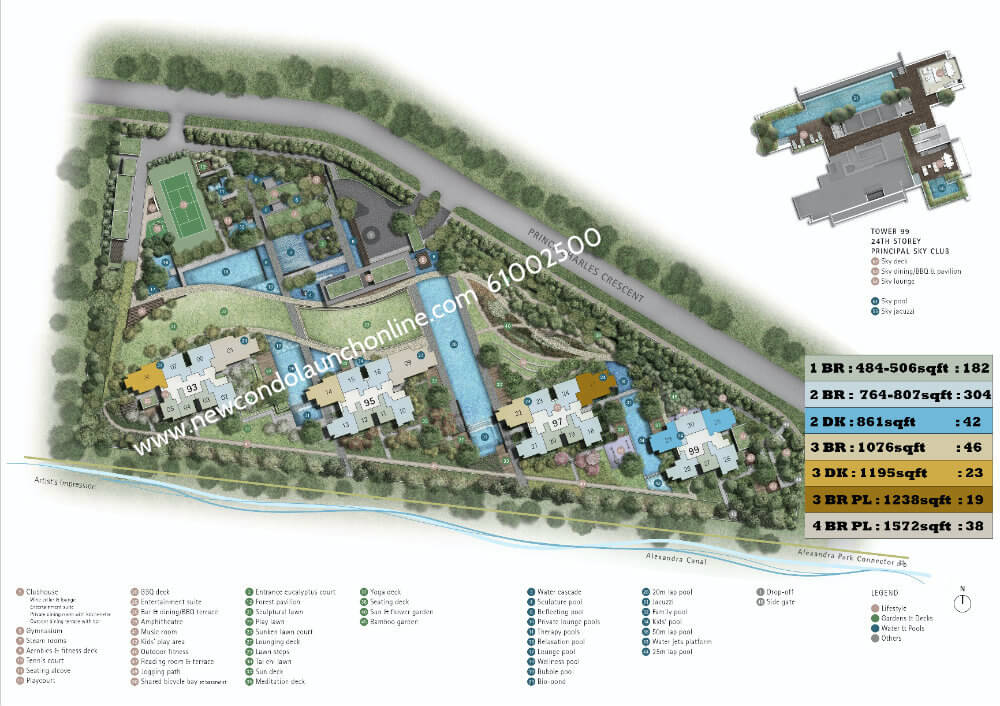 Principal Garden is a joint venture by UOL and Kheng Leong Company (Private Limited). UOL Group Limited has a splendid portfolio, and has the expertise required to build this new condo. Because of its careful planning, it is a highly sought after property developer. UOL Group is the developer for many iconic buildings in Singapore, for example, Duchess Residences. Moreover, the UOL Group is very sensitive to prices and constantly endeavors to create pieces that can be sold at attractive prices. Principal Garden is no exception. UOL Group has several renowned projects in its pockets; Double Bay Residences, Waterbank at Dakota, Spottiswoode Residences, 70 Saint Patrick's and Katong Regency. The apartments in Katong Regency new launch sold like hot cakes, and everything was sold out within a few hours. Another superb quality product by UOL is Botanique @ Bartley which is located just 3 minutes from the Circle Line, Bartley MRT station. Efficient layout at attractive prices for a close-to-the-city development.

A recent piece of good news on UOL is that she is part of the 30-stock Straits Times Index (STI) lineup come 21 September 2015.

Kheng Leong Company is also contributing massively to the project. The company was incorporated in 1949 and was initially involved in spice trading. Today, the company has a diverse portfolio, and has branched out into development and real estate projects, as well as retail projects. Kheng Leong Company usually works in alliance with strategic partners. It is known for delivering high quality and value to its customers. Kheng Leong Company works in close coordination with top of the line architects and designers to create places of distinction. Thus, it is expected that these companies will uphold their promise to deliver the highest quality at a reasonable price.

Register with us to be the first to receive Principal Garden full range of floor plan. [metaslider id=2803] [Note: Only selected floor plans are shown above.] 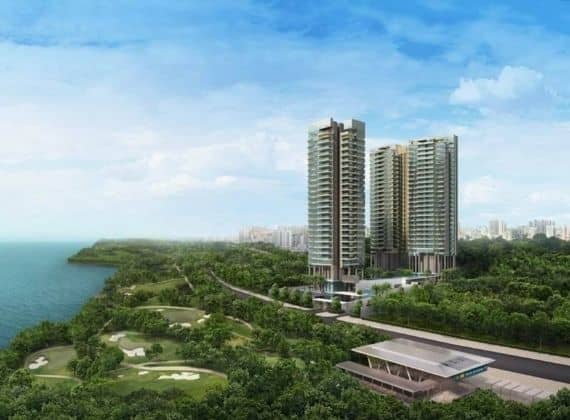 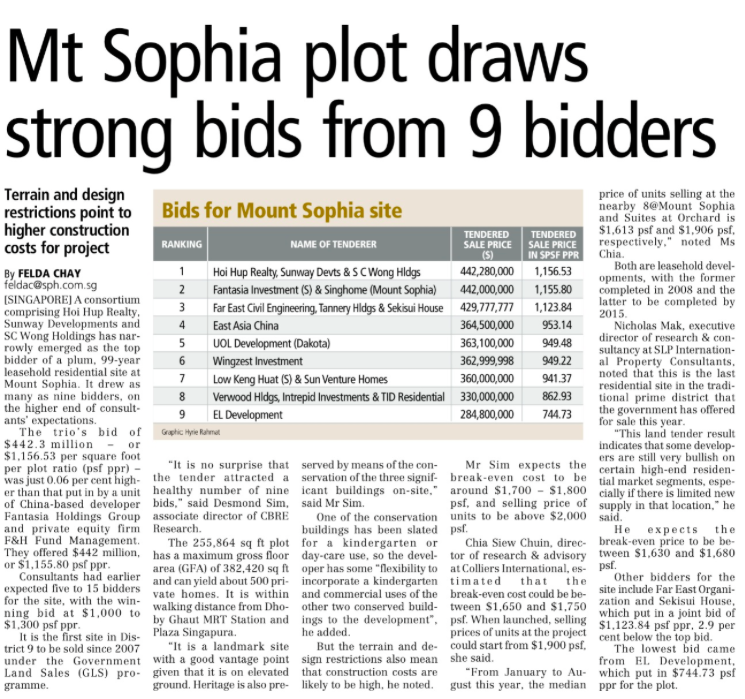