The vicinity of Paya Lebar MRT is set to see a major facelift! A first ever 70:30 joint venture between Lendlease, an Australian real estate company and Abu Dhabi Investment Authority ( ADIA ) are developing PLC, or Paya Lebar Central, a mixed-development within a land area of 422,275 square feet. Lendlease-ADIA submitted the highest bid at $943 psf ppr (per square foot per plot ratio), which totaled $1.67 billion for this plump 99-year leasehold site when the public tender closed on 31 Mar 2015. Lendlease and ADIA were successfully awarded the tender for this second land parcel at Paya Lebar Central on 1 April 2015. An earlier first land parcel was awarded on 27 April 2011 to Siong Feng Development Pte Ltd, Guthrie (PLC) Pte Ltd and Sun Venture Commercial Pte Ltd and it is the current Paya Lebar Square which consists of 556 office units and 159 retail stalls.

Slated to be completed in 2018, PLC will boast of 3 A-Grade office buildings with a total floor area of 874,717 square feet; a shopping mall of almost 500,000 square feet of retail space and 429 units of residential new condo apartments. The new apartments will be housed in 3 towers. The whole development is linked to Paya Lebar MRT, the interchange for East-West MRT Line and the Circle Line.

Touted as the pioneer international development in Paya Lebar Central, this mixed-development’s link to Paya Lebar MRT is arguably an eye-catcher. PLC is the first mixed-use development together with private new launch homes linked seamlessly to the Paya Lebar MRT Interchange. Homebuyers and investors will definitely be attracted to this new condo Singapore residential property.

As of now, no other residential element comes close to PLC in terms of magnitude and convenience. Perhaps a close match is Katong Regency that sits above One KM shopping mall. Katong Regency, which was launched in 2012 and completed in 2016, and One KM Mall occupy the former Lion City Hotel and adjacent Hollywood Theatre. That plot of land was purchased by UOL Group for $313 million in Jan 2011. Respectable in its own way, it boasts being the first prominent new property redevelopment around the Paya Lebar precinct. Units at Katong Regency sold at an average price of $1600 psf then but some 1-bedroom units were achieved at $2,009 psf.

One KM Mall was completed in Dec 2014 and hosts a variety of F&B and retail offerings, together with a few enrichment centres in its premises. This 210,000 square feet mall was the first full-fledged shopping mall in Paya Lebar then and it comprises 150 shops.

Alongside Jurong Lake District, PLC is part of the grand plan by the Singapore government to decentralize the Central Business District (CBD), forming “urban CBDs” to reduce congestion in the city financial and business area. To ensure a successful urban CBDs’ success, the government is further putting up for sale an estimated 5.38m square feet of commercial space around Sims Avenue and Tanjong Katong area. These are to develop the area with retail, office and hotel establishments and thus creating a huge transformation to the entire Paya Lebar Central by turning it into a vibrant and bustling sub-regional centre. This action will realize our Singapore government’s dream to lessen congestion in the CBD area and to bring jobs closer to homes.

As part of the remaking of Paya Lebar, adjacent areas in Aljunied and Geylang Road are also experiencing rejuvenation. Launched last year in 2015, new Singapore condominium Sims Urban Oasis by GuocoLand located at Sims Drive with 1,024 units has been having strong sales.

Another new property in the vicinity is Kallang Riverside, a freehold development sited along the Kallang River with a majestic view to behold.

Paya Lebar Central will truly stand out as a premium and sought-after commercial. With its strategic location and just 10 minutes train journey to Raffles MRT Station, PLC will undoubtedly also attract serious office owners. Its closeness to CBD, a mere 10-minute drive puts it ahead of other “urban CBDs” such as Jurong Gateway in the west and Tampines Regional Centre in the east. Targeted to complete in 2018, PLC is sure to attract many savvy takers.

A spin-off effect is the urgency by Singapore Post Centre to upgrade itself in order to keep up with the changes. It will spend $150m to increase its retail space by about 270,000 square feet. Other jaded shopping complexes nearby are set to see some facelifts so as not to be left out.

As such, the expected presence PLC in 2018 will create a rejuvenating buzz in the vicinity, bringing the whole of Paya Lebar into a totally heightened and exciting commercial hub. 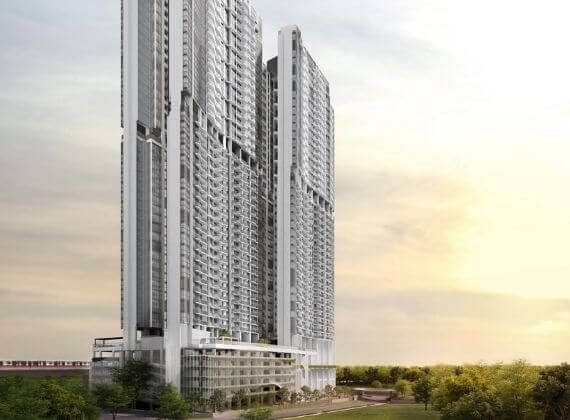 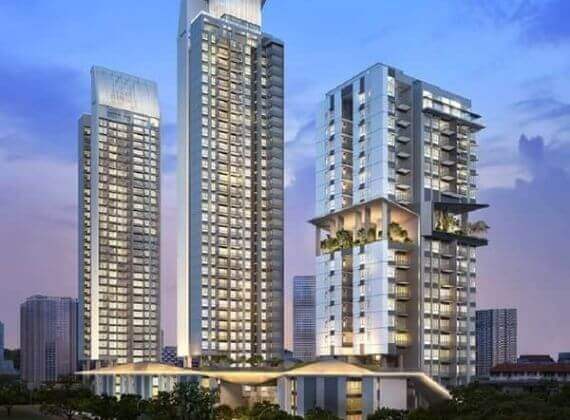